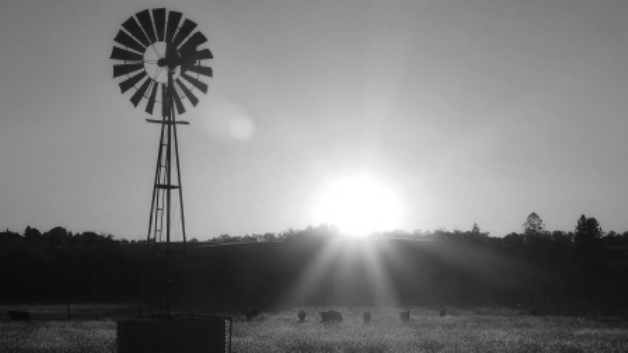 Agricultural competitiveness under the spotlight

The Agriculture Minister Barnaby Joyce has released the Federal Government’s Agricultural Competitiveness Green Paper – a key election commitment – and the overwhelming message is the desire to restore the balance of power to primary producers.

The Green Paper is a discussion paper, setting out the Government’s assessment of the public’s views on the critical problems and opportunities for improving Australia’s agricultural competitiveness. It presents a range of policy options and ideas from stakeholders, following approximately 700 submissions from the public.  It’s divided into 11 categories of policy ideas, including Infrastructure, Competition and Regulation, Finance, Business Structures and Taxation, Foreign Investment, Water and Natural Resources Management, R&D, Biosecurity and Accessing International Markets. Each category contains a summary of key issues, what the Government has done (or is doing) and a summary of the proposals to address these issues.

Importantly, the Government has not formally endorsed the proposals contained in the Green Paper and not all proposals will be pursued as they may conflict with broader Government policy directions or may not be affordable. However, the Green Paper process enables the Government to consider the merits of controversial proposals and before making their own recommendations with the subsequent release of a White Paper.

Issues raised in the Green Paper overlap with a number of other important government reviews also being currently conducted such as the Harper Competition Review (see our alert here) and Taxation White Paper.

One of the key areas raised by many stakeholders was the power imbalance between players in the industry and a question about the effectiveness of the current provisions of the Competition and Consumer Act (CCA). Many stakeholders considered that the CCA:

“was not designed to address the power imbalances between participants at different points in the supply chain and that the competition policy framework more broadly could limit the development of the scale required to redress negotiating power imbalances.”

Other suggestions raised by stakeholders includes issues with exclusive dealing, powers to obtain information, documents and evidence under section 155 Notices, the unconscionable conduct provisions, increasing resources and specialist agribusiness at the ACCC and requiring the ACCC to publish more information on investigations and their outcomes.

The Green paper also notes what the Government is already doing, including “extending unfair terms protections to small business” and also mentions the recent unconscionable conduct cases brought by the ACCC against Coles.

Related to the concern of power imbalance, stakeholders were also concerned about a lack of transparency and certainty in price, leading to difficulties in planning or investing and the perception that producers have been unfairly dealt with by other players in the supply chain. Specific changes suggested by stakeholders included:

The Green Paper also suggested facilitating the greater use of cooperative structures (which are regulated by the States) and also recognised that regulating agricultural prices to increase farm gate returns has resulted in adverse outcomes for industry at times (e.g. the wool reserve price scheme).

Consistent with the Government’s aim to reduce unnecessary red and green tape, there is a focus in the Green Paper on removing unnecessary regulation. The Green Paper cited a recent report into on-farm red tape and estimates that famers spend over 20 days consumed with red tape.

The country of origin requirements were a main focus with concerns raised of circumvention by staging imports through third countries. This is a difficult area for the Government as it requires a balance between informing customers about the origin of products and also not imposing unnecessary red tape on agribusinesses. One suggestion was that it may be possible to make labelling on products clearer as to the imported and domestic components of a product.

Reactions and next steps

There has been mixed reaction to the Green Paper, not surprisingly driven along self-interest lines.

The National Farmers Federation welcomed the focus on many of the sector’s policy priorities, including “rebalancing competition policy” and investment in infrastructure, particularly water. The Productivity Commission has supported Agriculture Minister Barnaby Joyce’s concerns about the farming sector.

However, supermarkets and retailers have raised concerns about the inclusion of competition policy issues in the Green Paper given the comprehensive Harper Review. So much so that Small Business Minister Bruce Billson subsequently stated in response that the Harper review is the key competition policy tool.

It will be interesting to see whether politically any of these proposals find traction within the Government, as it appears to highlight the divide in the Coalition between the economic hardliners and rural MPs.

By Tim Gargett and Melissa Monks